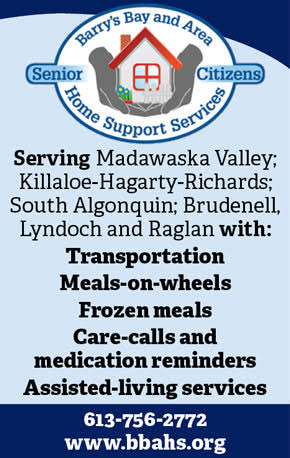 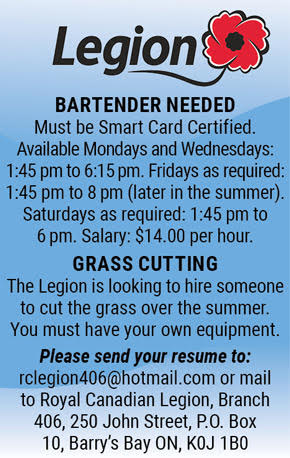 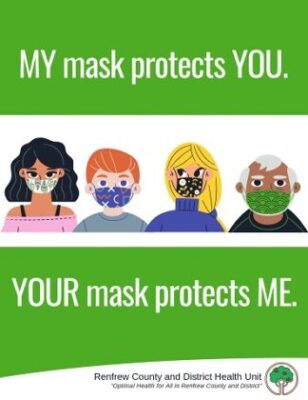 Madawaska Valley residents have faced several recent examples of individuals, groups, and institutions who are either openly flouting mandatory mask directives, or finding loopholes within the guidelines so they are exempt from wearing masks publicly. Above: face mask poster issued by Renfrew County & District Health Unit. Image rcdhu

One such example is Our Lady Seat of Wisdom College (SWC) which is being criticized as some of its students are perceived to be consistently flouting mandatory mask requirements while in public spaces.

Students at SWC are often seen inside shops, restaurants and grocery stores not wearing masks, and are reportedly citing “medical issues” for the lack of protection. This reporter questioned one student while shopping at the local Metro who said he was not obliged to say what kind of medical issue he had. He then laughed and walked away with another student.

Much of the criticism of SWC has been made on social media by citizens who believe the college is putting the vulnerable at risk. The Madawaska Valley boasts one of the highest percentages of seniors in the province at 36.6 percent, according to the last federal census. COVID-19, while able to infect virtually anyone, has a body count that includes mostly senior citizens.

Acting SWC President Christine Schintgen sent the following when asked by The Current about why students seem so lax about wearing masks as a way of helping to stave off the COVID-19 pandemic.

“At the college we have people all over the spectrum on this. We’ve agreed on the position of upholding all government directives but we’re not bullies about it. The regulations themselves (from RCDHU) allow for exceptions, and we’re not supposed to interrogate people about them. Still, we’re really putting pressure on our students to stay out of local businesses if they cant wear a mask so as to respect local feeling about the issue.”

She added, “We don’t want to give the message that we don’t care about people, especially the vulnerable in our community.”

The SWC website says the college is “working with the Government of Canada, the Province of Ontario, and the Renfrew County and District Health Unit to make certain that all regional, provincial and federal directives are followed in the classroom and across the campus.” The post goes on to say that masks are “being worn indoors when social distancing is not possible.”

Support for the policy of following governmental directives is, however, contradicted by current Assistant Professor of Theology and Natural Science (and a founder of SWC), John Paul Meenan, who is also the Editor at Catholic Insight, where several articles have been published under his watch claiming masks are ineffective and even unhealthy for people to wear.

The Current contacted Meenan for comment. He has sent two letters explaining his position but refused to go on the record. This prompted a further response from Schintgen, as follows: “Our professors are free to express their opinions in the public sphere as long as they don’t claim to represent the college in doing so. Professor Meenan fully understands and respects this, and he supports the policy of the college on COVID-19.”

Neil O’Reilly, one of the owners of Metro, said he spoke with two people from SWC, including two calls with Schingten, but the details of these calls were unclear. O’Reilly suggested to this reporter that the grocer would work with the college to make sure they and the rest of the community felt respected while shopping.

The controversy surrounding mask-wearing was compounded by a recent gathering organized by The Polish Heritage Institute Kaszuby-Canada and held at the Chapel in the Woods, Kaszuby, Madawaska Valley where 400-500 attendees were reported to have gathered for the 100th anniversary of The Battle of Warsaw. Photos and video of the gathering show most attendees were not wearing masks.

Mayor Kim Love referenced large gatherings in her opening address at Tuesday’s Madawaska Valley Council meeting. While she seemed to be referring to The Battle of Warsaw gathering, she did not mention it by name. The Current is unaware of any other gatherings that violated provincial and federal directives.

“Very recently some groups and organizations in our community have not been following the provincial maximum of 100 people at outdoor events. This unfortunate action by a few increases the risk for us all. This is NOT the time to gather in very large groups, ignore physical distancing, or stop wearing a mask. If you are not concerned for yourself, then please consider the well-being of your family, friends, neighbours, vulnerable seniors, and those with compromised immune systems.”

The Current also spoke with Valley Gazette editor Michel Lavigne who told us his reporter had estimated 400-500 people in attendance, but that the figure was disputed by someone who was present at the gathering. That person told Lavigne that the number was closer to 350. This reporter also asked Lavigne why he did not write about the violation of provincial directives pertaining to crowd sizes at gatherings and lack of mask-wearing. He responded by saying, “I did not want to piss off the Polish people.” 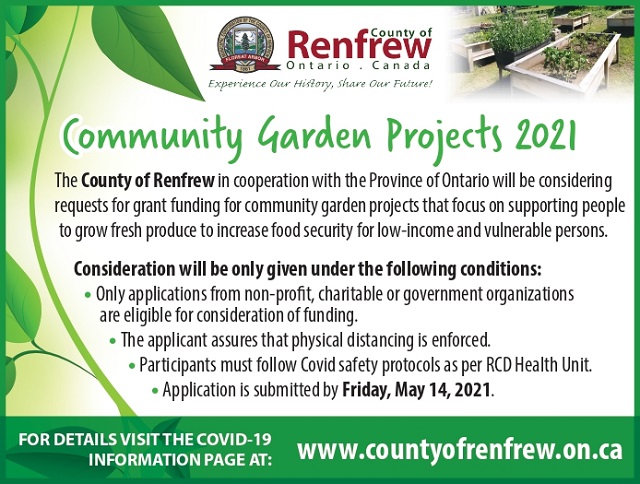