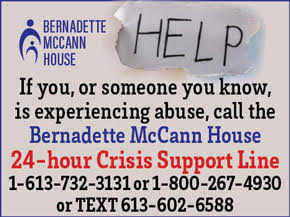 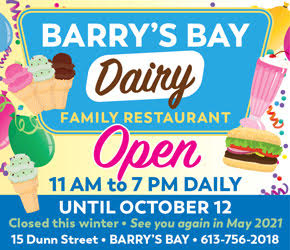 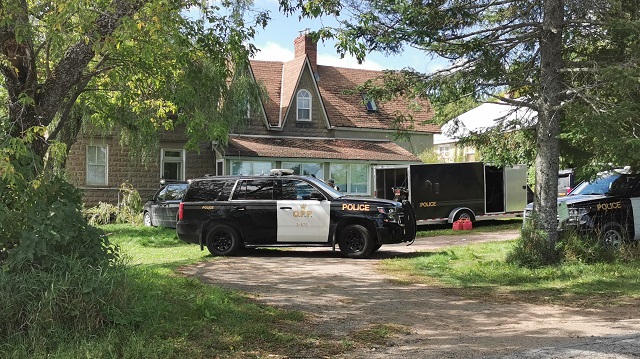 Acting on a tip, The Current paid a visit to the site of the former Wingle Inn in Latchford Bridge near Palmer Rapids this afternoon. There we found a significant police presence that was apparently engaged in dismantling the cannabis grow-op located there. We counted at least nine marked OPP cruisers and an OPP ATV trailer parked on the front lawn, along with other cruisers and several unmarked vehicles parked on Wingle Road. Above photo: OPP vehicles in the front yard. There appeared to be at least a dozen personnel involved in the operation, although we were not able to observe the entirety of it as we were not allowed on the premises. Peeking over the fence, however, it was possible to see at least three more marked OPP vehicles situated near the greenhouses as well as the OPP ATV driving through the fields. A backhoe at work was also visible near the greenhouses, and there were two Brudenell Lyndoch and Raglan (BLR) dump trucks on the property which it seemed were being used to transport vegetative material off site. See photo below.

We did not photograph police personnel at their request. Police officers on site would not comment on the operation and instead referred us to OPP Killaloe Detachment for comment, who in turn sent us on to OPP East Region. We are presently awaiting the official police announcement about the operation from either OPP East Region or OPP Organized Crime Unit.

As reported by The Current on June 27 the grow-op had been the subject of much discussion at BLR Council meetings following application for three severances by the owner, Jiang Shan Vegetables Farm Inc. Click HERE to read that report.